Our proprietary technology platform supports a broad pipeline. We are developing a portfolio of point-of-care, enzyme-based products designed to improve nutritional care in a number of rare diseases.

Our lead device is RELiZORB®—a cartridge that reliably and efficiently helps deliver nutritional and caloric benefit from existing enteral feeding formulas. RELiZORB can be used in hospital inpatient care, the intensive care unit, at home, or any other patient point of care.

Improved nutrition from the outside in.

The only FDA-cleared enzymatic product studied and indicated for use with enteral feeding, RELiZORB is a cartridge that utilizes Alcresta’s proprietary enzyme immobilization technology and contains iLipase®, the digestive enzyme lipase attached to polymeric microbead carriers. RELiZORB easily connects in-line to the enteral feeding tube and breaks down fats in formula so they’re easier for patients to absorb.

The enteral tube feeding formula passes through RELiZORB and makes contact with the iLipase, which breaks down the fat in the formula into an absorbable form (fatty acids and monoglycerides) prior to ingestion. The iLipase remains in the RELiZORB cartridge and is not ingested by the patient, even over hours-long feedings.

RELiZORB has been shown to break down up to 90% of fats in most enteral feeding tube formulas tested, including long-chain polyunsaturated fatty acids (LCPUFAs) such as docosahexaenoic acid (DHA), eicosapentaenoic acid (EPA), and arachidonic acid (AA), which are critical for growth and development, yet very difficult to break down.

RELiZORB is indicated for use in pediatric patients (ages 5 years and above) and adult patients to hydrolyze fats in enteral formula. RELiZORB is for use with enteral feeding only; do not connect to intravenous or other medical tubing. Medications should not be administered through RELiZORB. For more information about RELiZORB, including Instructions for Use and Patient Guide, please visit RELiZORB.com. 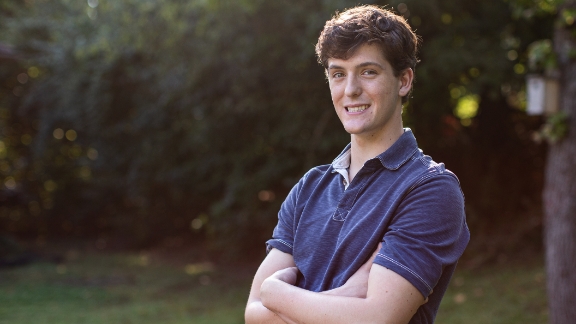 The digestive enzyme lipase is attached to polymeric microbead carriers and is stored within the RELiZORB cartridge without being ingested by the patient.

"Our 8-year-old son with cystic fibrosis has been using RELiZORB with his overnight g-tube feeds for almost 3 years now. We just want to say thank you to everyone involved in the development and the distribution of RELiZORB. It’s an amazing product that has made such a difference in our lives. "

Alcresta is evolving iLipase for expanded use while designing next generation devices for potential use in short bowel syndrome (SBS) and the neonatal intensive care unit (NICU).

The small intestine is where the majority of the nutrients you eat are absorbed into your body during digestion. Short bowel syndrome (SBS) is a condition in which patients don’t have a sufficiently long small intestine. The majority of cases are due to the surgical removal of part of the small intestine (also called a resection). Although rare, some infants are born with an abnormally short small intestine or with part of their bowel missing. SBS is a serious, complex disorder with many causes that can impact people at all stages of life.

SBS patients are commonly infused intravenously with parenteral nutrition (PN). PN is associated with high morbidity and mortality, IV related infections that can result in sepsis, and liver disease. ALC-078 may have the potential to shift the ratio of calories from parental (IV) to enteral (tube feeding) nutrition.

Alcresta is currently sponsoring a preclinical animal study at Boston Children’s Hospital. The primary objective of this study is to evaluate safety and efficacy of ALC-078 use with enteral feeding in a pediatric porcine model of short bowel syndrome. A human clinical trial is planned to follow and is currently scheduled to start in January 2022.

Additionally, as a next-generation device, ALC-078 is intended to replace RELiZORB for cystic fibrosis patients.

Pancreatic immaturity often leads to key omega 3 & omega 6 (DHA and AA) deficiencies and inadequate lipase levels. Premature infants often suffer from fat malabsorption and the need is greatest the first weeks after birth. Even with a full term birth (40 weeks) lipase levels are typically only at 10% of childhood levels. Fatty acids are critical for proper development of the brain, nervous system, and most systems in a baby’s body. Lipase is needed to break down these fats.

Donor milk and infant formula present additional potential issues. A mother’s own milk has “pre-lipase” (BSSL) to help break down fats for absorption by the baby. However, donor milk lipase activity is lost in the pasteurization process and infant formula does not contain lipase. Without sufficient lipase, triglyceride fats are not absorbed and can lead to GI issues.

An enzyme therapy for this population is greatly needed. By potentially expanding the iLipase indication with ALC-079 to <2 years of age would allow Alcresta Therapeutics to serve these conditions earlier, helping to support patients while they develop more mature pancreatic function.